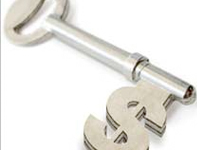 Costa Rica ranked as the 7th safest investment destination in Latin America in a “Euromoney Country Risk” survey made by this United Kingdom-based financial publication.

A Costa Rica adventure travel is by far the reason why the foreign loves to come here but at the same time now they’ll know Costa Rica is their destination if they want to make a safe investment.

The same survey put Costa Rica as 68th safest country for investment in the world, only Panamá from Central America ranked better. Due to a limited economic risk and an improved political stability Costa Rica gain five places in the Euromoneyranking during the second quarter of the year. Also the capital, San Jose, was ranked as the 5th best Latin American city of the future for foreign direct investment according to the “The Financial Times”.

Costa Rica has put a tremendous fight against bad economy moves since five years ago and they’ll continue to attack this issue as the main situation for the country.

If you are a visitor looking to have fun in the Costa Rican beaches, volcanoes or mountains you will enjoy your Costa Rica travel vacation but you will also know you are in place where you could do some business in the future, mainly because of the good national economics and the low risks the investors have in this country.

So now you know it, Costa Rica is your place for relaxing and having a good time avoiding the work and the stress but also it could be the ideal place for you to invest and watch your company grow.
Shared: