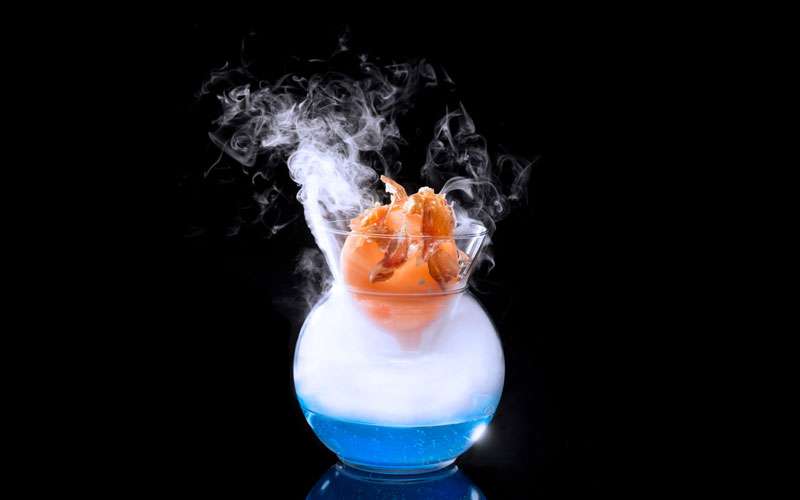 The dining experience at Four Seasons Resort Costa Rica in Papagayo Peninsula has been always recognized around the world, but this week they launched a menu that is literally out of this world and specially made for those who want to live a unique dinner under stars.

Costa Rica is one of the only places north of the equator where you can see the two renowned Magellanic Cloud galaxies, which Scientific American called "the liveliest and most lustrous of the Milky Way's retinue." This fact made possible a five course intergalactic menu that you can taste in your next Costa Rica vacations.

The Taste the Stars menu was developed by Executive Chef Mario Alcocer and his culinary team at the resort, in collaboration with Costa Rican-born scientist and NASA former astronaut Franklin Chang Díaz.

The menu, inspired in extreme temperatures, fluid dynamics, darkness and luminosity, offers glowing cocktails and one star dish made with meteorite sauce.

The sauce base is a Cabernet Sauvignon made by the Chilean astronomer and winemaker Ian Hutcheon. He places a 4.5 billion year-old meteorite – from Asteroid Belt – into the wooden barrel, what gives the wine a "livelier" taste.

"The food I ate in space wasn't what you would call fine dining. But what was interesting to me was the idea of taking influences from what I saw up there and getting the chefs to take it to the next level.", says Chang in the promotional video.

After enjoying dinner in a fabulous outdoor setting, guests are led to one of the most interesting attractions of the resort: a stargazing experience by an expert guide. Four Seasons Resort Costa Rica is situated in a location ideal for stargazing and also owns several high-powered telescopes.

The Taste the Stars experience must be booked at least 72 hours in advanced and the cost is USD 195.00 for adults and USD 100.00 for children.