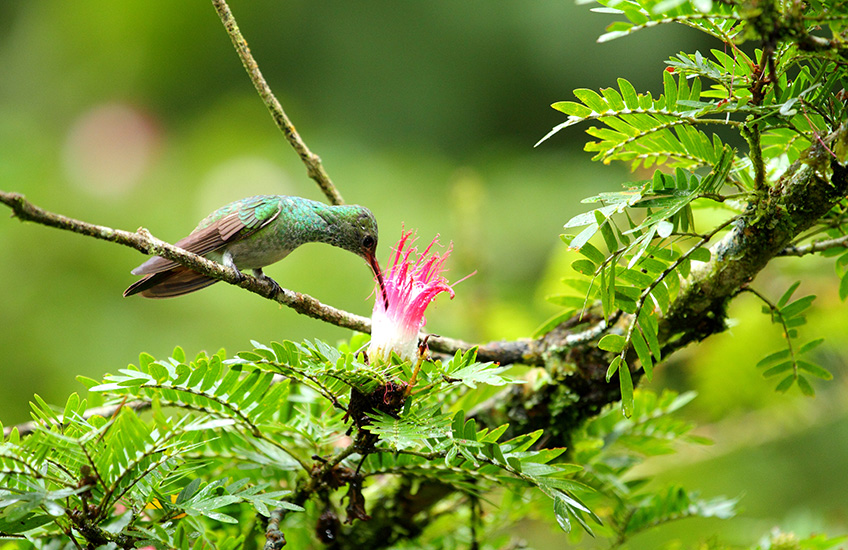 The P3 Conference: Planet, People, Peace is the only international event that Costa Rica offers to the world in the field of sustainable tourism. Its name Planet, People, Peace represents the dimension with which the themes are focused, giving evidence of our commitment to contribute to the Planet from the very essence of the People, sharing our experience as a country of Peace.

In 2017, declared by the United Nations as the International Year of Sustainable Tourism for Development, the P3 Conference becomes a unique space and opportunity to talk about the contribution of tourism in achieving the Sustainable Development Goals (ODS) in order to motivate to improve the business practices and consumer habits.

The conference presented four topics in which it was developed, referring to the four natural elements:

Water: The tourist industry evolves over time in a very dynamic way, which generates the emergence of new market trends that shape the future of the nations and the way of doing business.

Soil: Tourism is one of the most dynamic and most dynamic sectors in the world, and can contribute to the Sustainable Development Goals (ODS), permeating local communities and destinations.

Air: Climate change is a phenomenon that affects tourism, hence the need for the industry to know the impacts of it in order to adopt measures of foresight and mitigation through good practices and new technologies.

Fire: Tourism faces major global challenges that impact future decisions of companies and destinations. What are some of these challenges and how countries are approaching them is essential.

Mr. Taleb Rifai, General Secretary of the World Tourism Organization (WTO) was present at the event thanks to the invitation of the Costa Rican Tourism Board (ICT) and was part of the 25 international exhibitors from 15 countries who attended the P3 Conference.

The five previous editions of this conference organized by the National Chamber of Ecotourism and Sustainable Tourism (CANAECO) in conjunction with the ICT, brought together more than 1,100 national and international participants and more than 110 experts from 5 continents.

Mauricio Ventura, Minister of Tourism explained that, during this administration, Costa Rica has had a greater involvement and presence in the World Tourism Organization.

The country has a seat on the UNWTO Executive Council representing the countries of the Americas, participated in the launch of the International Year of Sustainable Tourism for Development, and the First Lady of the Republic, Mercedes Peña, was a member of the senior representatives from around the world who officially opened the event.

UNWTO also awarded Costa Rica among 55 countries and 139 candidates in the Tourism Innovation and Excellence Awards, where the country was ranked second in the Public Policy and Governance category, becoming the first country in measure the Social Progress Index in Tourism Centers. A worth visiting country which will not disappoint anyone when thinking about travel to Costa Rica!

The General Assembly of the United Nations appointed President Luis Guillermo Solis as special ambassador for the International Year of Sustainable Tourism for Development and for the first time in history the ICT established an alliance with UNWTO and CNN International for develop the new tourist identity "Costa Rica. My Choice, Naturally ".

This paradisiac country is showed as a multicultural destination with a lot to offer in terms of sustainability, natural activities, pristine beaches, mountainous regions such as Arenal in La Fortuna Costa Rica or Monteverde; coast towns such as Liberia Costa Rica in Guanacaste and the famous towns of Tamarindo and Manuel Antonio.

All of them presented as important parts and tools in the global meaning of what it is exactly the Costa Rica ecotourism and the real meaning of sustainability.

Therefore, according to Ventura, the unprecedented work that has been carried out with UNWTO contributes to the positioning of Costa Rica as a referent destination of integral sustainable tourism, which seeks the well-being of the communities and is the engine of social and economic development of the country.

"It is a true honor that Mr. Rifai, being the greatest exponent of tourism in the world, has accepted the invitation made during the International Tourism Fair (FITUR, Spain) to decorate the P3 conference to be held in Costa Rica. In addition to honoring us with his presence, we will assist with an important delegation of the highest profile of the UNWTO. This event is a historical fact that reinforces our tourist image worldwide.

For the first time, the United Nations dedicated a year to tourism and what industry represents and our country is taking advantage of this unique opportunity to echo what we are and consolidate ourselves as a destination that is leading the way in tourism, said Ventura.

Mr. Rifai has been UNWTO Secretary General since 2010. Previously, between February 2006 and February 2009, he had been Deputy Secretary-General.

From January 2003 to February 2006, Mr. Rifai was Assistant Director-General of the International Labor Organization (ILO). Prior to his appointment, Mr. Rifai held various ministerial portfolios in the Government of Jordan, where he was Minister of Tourism and Antiquities, Minister of Information and Minister of Planning and International Cooperation.

"For the country has a great relevance that Mr. Rifai visit us and even more so in the International Year of Sustainable Tourism for Development; this evidence and acknowledges that we are a reference country on this issue. The main objective of the International Year of Sustainable Tourism is to celebrate and promote the contribution of the tourism sector to building a better world.

In this line, the P3 Conference has become a learning platform that brings together entrepreneurs and world leaders from different sectors to share knowledge and share their experience, "explained Jackeline López, president of CANAECO.

P3 strengthens Costa Rica's position as a responsible destination, highlighting the efforts, good practices and innovative initiatives undertaken by the tourism industry and the different public and private sectors of the country.
The International Conference on Sustainable Tourism Planet, People, Peace was held from October 9-11 at the Hotel Real Intercontinental, one of the most well-known hotels that can be found in the capital city, San José.