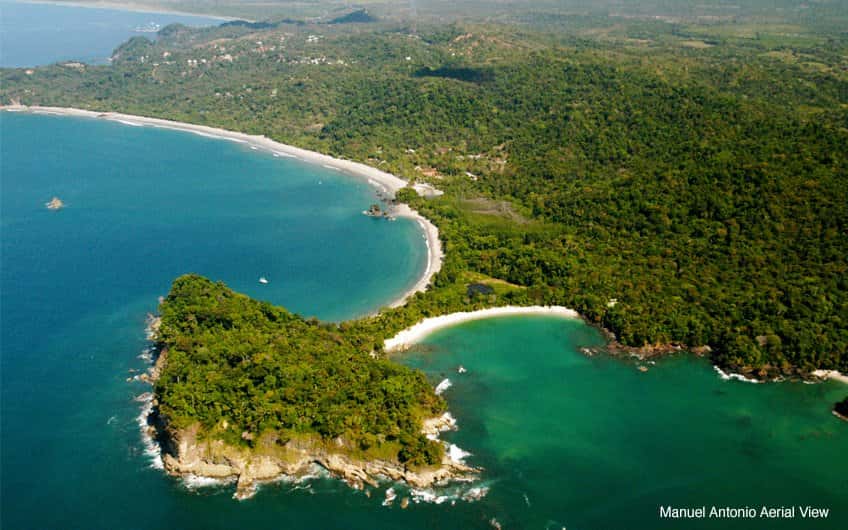 For the first time in history, the Costa Rica Tourism Board has established an alliance with the United Nations World Tourism Organization (UNWTO) and CNN International, a world leader in news and one of the most respected media, to develop the new tourist identity from the country.

"Costa Rica: My Choice, Naturally" is the new tourist identity that will manage Costa Rica to promote itself as a tourist destination at a global level. This new identity will be launched through a global campaign that speaks to people with a direct, personal and motivating message.

Tourism Minister Mauricio Ventura reported that the Costa Rica Tourism Board (ICT) has partnered with the United Nations World Tourism Organization and CNN International to develop jointly with the CNN Task Group (Tourism Advertising Solutions and Knowledge, made up of 80 people) the new image that will be broadcasted worldwide this June 2nd.

Ventura explained that a fundamental aspect to consolidate the image of the country as a tourist destination, rests on the marketing and promotion actions carried out by the ICT. Therefore, it was essential to expand the strategies and go beyond the promotion of traditional products of nature and adventure and the predominant approach to the markets of the United States and Canada.

"We are launching a unique campaign in history, to be developed in the most diverse platforms, whose reach is unmatched and we will reach a wide range of markets like never before. Costa Rica: My Choice, Naturally is a sensorial, inspiring and aspirational campaign that shows Costa Rica as a destination that generates authentic travel experiences that create a sense of well-being in the visitor", explained Ventura.

He reported that ICT will invest $ 1.8 million in this project, in which CNN took over the entire production. This allowed the investment not to be more than $ 6.5 million which would be the real cost, a 67% savings in advertising investment (not counting the cost of production), said the minister.

Ventura explained that to consolidate the image of the country as a tourist destination, it was essential to expand the strategies and go beyond the promotion of traditional products of nature, adventure and the predominant approach to the markets of the United States and Canada.

That is why this new campaign is on a global level, will be developed in the various social, digital and television platforms and will cover mainly five markets, which were chosen because of its relevance to Costa Rica.

This Campaign goes with the Country Brand Essential Costa Rica

For the first time, Costa Rica will have an advertising campaign of this type in Europe, specifically England and France, for which 50% of the investment will be destined to these markets (30% and 20% respectively) and 20% in Mexico.

In addition, this campaign will complement the actions traditionally carried out for the United States and Canada, allocating 10% of the budget to these markets, supported by other specific actions for these marts.
Ventura added that over the next few months the ICT, as part of its traditional budget for major markets, will allocate $ 3 million more for these two sectors (US and Canada) that will strengthen the online promotion with the new global campaign.

According to him in addition to the specific investment for the mentioned sites, thanks to the documentaries that will be transmitted in the programs Costa Rica and Destination Costa Rica, we will reach markets like Europe, Middle East, Africa, Asia, North America, and Latin America.

This production will include 1,342 TV commercials, 22.8 million digital printouts, the availability of the digital hub at CNN.com, the promotion of CNN's social networking destination and exclusive publishing programs in Costa Rica with an estimated total of more than 421 million households and hotel rooms reached.

In addition, Destinations and Destination Costa Rica, which are monthly chronicles of Costa Rica, will be promoted on digital CNN and its networks. Destinations will be viewed on CNN in Spanish involving CNN Mexico, CNN Latam, and CNN US Hispanics, meaning a reach of about 50 million homes and hotels.

For its part, Destination Costa Rica will be seen at CNN International, CNNI EMEA (Europe, Middle East, Africa), CNNI Latam, CNNI US and will be seen in CNNI Asia Pacific / South Asia, expecting that among all platforms it would have a reach of more than 400 million homes and hotels.

Costa Rica Improves the Quality of Life of its Visitors

Beyond a creative concept, UNWTO, CNN International, CNN Task and the ICT identified that Costa Rica possesses what is necessary to differentiate itself from the rest of the world: an authentic product, thanks to our Model of Sustainable Tourism Development, a consolidated brand and worldwide recognition; so it was essential to move to another level and position the country as a destination of experiences that encourage the celebration of the local lifestyle and improve the quality of life of visitors during its Costa Rica vacations.

In addition, the ICT integrated more than 100 people from the private tourism sector in group sessions, so that they knew the proposal and provided their comments, which were very positive.

"This is the first time we have carried out a campaign as complete and global as this one, in which we will have a high concentration in television, which we could hardly do for the issue of cost of production and production.

In addition, we will reach more and new markets at the same time, we will have specialists who will talk about their experience of what makes Costa Rica so unique, that "I do not know what" tourists are looking for, that feeling of well-being and of returning to its roots, and the permanent pursuit of happiness. Also, metrics will be performed by type of medium, "said Mellissa Tencio, Manager of the New ICT Tourist Identity.

On the other hand, Costa Rica will invade all CNN digital platforms during the launch, in addition to articles, banners on websites, among other actions.

In this way, the campaign includes music, filming, commercials, reductions and adaptations for social networks, graphic materials, printed matter, the digital content of the portal for Costa Rica, among others. Besides, CNN took over the entire production, which allowed the investment to be US $ 1,800,133 instead of $ 6,585,875, which would be the real cost for a campaign of this magnitude, representing a saving of 67% at the investment level advertising (not counting the cost of production).

"Undoubtedly, this campaign represents a great business opportunity for our country, because unprecedentedly we have the support of the UNWTO, the accompaniment, production and use of the integral resource of CCN International, one of the most credible media chains, and global coverage, and the support of the CNN Task Team. We will also have a high concentration in television, which has never been done because of budget issues.

We will reach more and new markets, we will have specialists who will talk about what makes Costa Rica so unique. In this way, we present our new tourist identity, a global campaign, direct, inspiring, with a personalized invitation to live the unparalleled experience of visiting Costa Rica, Naturally.", said the minister.

It is estimated that this campaign in CNN International will last throughout 2017 and the intention of the ICT is to follow up for more years because they estimate good results.

But… Why Costa Rica?

It is no secret that the country is a paradise for those who are looking to spend some days in a quiet and relaxed place. The country offers the opportunity of having amazing Costa Rica vacations, because it is a haven for families, solo travelers, honeymooners, or groups of friends or co-workers.

For couples this is a great choice because here it is possible to find some Costa Rica hotels that fit perfectly into what the newlyweds are looking. Adventure, relaxation, great cuisine, cultural enrichment, and the possibility of creating memories together in a tropical land are just some of the reasons why this kind of travelers spend their honeymoon in Costa Rica.

For families, the thing is not different. Travelling with kids can be a great educational option as well as fun and unforgettable. If someone love to plan family vacations carefully and take into consideration every detail, then a travel to Costa Rica will be an ideal way to enjoy holidays.

Parents and kids enjoy a lot the fun and “pura vida” lifestyle of the country. Here, it does not matter how old are you, we have a great offer of Costa Rica resorts, some of them are cozy and tranquil while others are more active and vibrant. It is just matter of look for the one that will complement better your stay here. The Costa Rica all-inclusive hotels are ideally designed to satisfy everyone’s needs and tastes.

And, depending on what you are looking the most during your Costa Rica vacations then you may know that here it is possible to enjoy different landscapes within just few hours of driving or taking some domestic flights between the Costa Rica airports. This is another reason of why do people love to come to this magic small piece of land.

The main attractions of the country are focused on its nature, and the fact that the weather allows a great variety of scenery and biological treasures that can be easily appreciated. For example, visitors can enjoy the majesty of our volcanos and experience its rainforest surroundings, but they also can have the opportunity of enjoy the sun and warm waters of our incredibly beautiful beaches.

The position of where is Costa Rica located allows the blessing of having great natural places that constitute a delight for both local and foreigners. If you look close to a Costa Rica map then you surely will note the different reliefs among the provinces.

San José, as the capital city, is a great place to experience part of the authentic day by day routine of the local people, and it is also a great starting point to visit other amazing corners of the country. Arenal located in La Fortuna in the Northern region is well appreciated among tourists and nature lovers.

If beach destinations are what you are looking the most, then our Manuel Antonio National Park will be a great choice to stay. Or, probably you have heard about the beauty of Guanacaste so visiting its beaches and its capital city, Liberia, will be a must during your stay.  And… do not forget the true jewel of our Corcovado National Park, listed as one of the most biologically diverse regions of the planet, as well as one of the best national parks all over the world.

So… you need more reasons to visit Costa Rica? Read our blog to know more and be aware of this new promotional campaign. You will fall in love with this small but enormous piece of land.

And contact us, we will love to hear about you!