Costa Rica Increases Its Forests While Latin America Was Deforesting 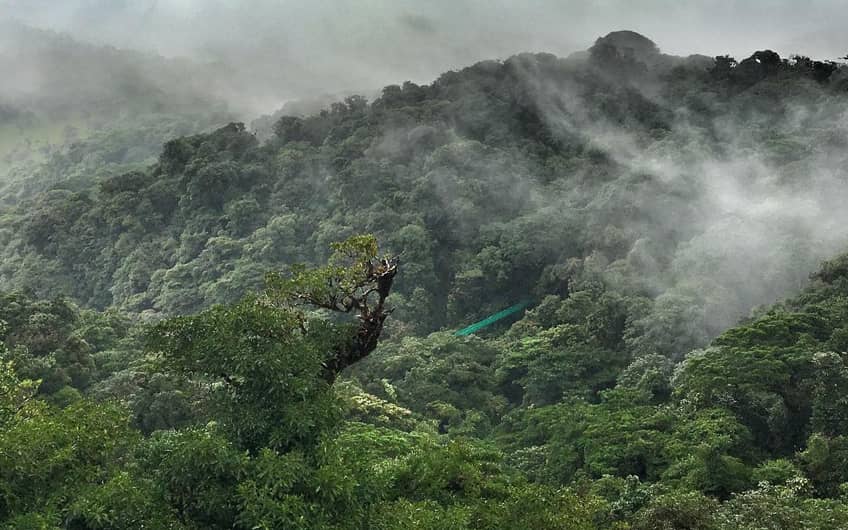 In the last years, Latin America has destroyed a great part of its forests to turn them into farmland; but while other governments were focused on exploit the land this way, Costa Rica was increasing the number of its protected forests.

Costa Rica has managed to sustain their forests with the help of government incentives and even increased its forest cover.

A new study of the Food and Agriculture Organization of the United Nations (FAO) showed bad news: a 70% of the deforestation in Latin America occurred amid 2000 and 2010 to make way for the commercial agriculture. A great percentage in terms of environment destruction. But, this study also shows Costa Rica as a model country which managed to take a reverse course.

What makes Costa Rica so successful?

The FAO attributes the growth of the Costa Rican forests to the state support and the government incentives to maintain the forest cover and, particularly, to the Payment Program for Environmental Services (PES).

This program is one of the more successful environmental public policies of the Costa Rican history, and it is also taken as an example to reproduce the model of conservation in other countries.

The PES foundation is simple: if you keep the forest in your property, Costa Rica will pay you for that. Officially, it is defined as a financial recognition by the State provided to owners of forests and forests plantations, for the value the give to their forests.

Formerly, Costa Rica was a total forest disaster for much of the twentieth century until the 1980’s. The FAO explains that the forests used to be considered as “land banks” that can become as necessary to satisfy the agricultural needs.

Costa Rica went from 75% of the country covered by forests in 1940 to have 21% in 1987, when the country reached the worst moment of its forest cover.

Nowadays, the country has more than half of the territory covered by forests. Of that coverage, about 50% is located in protected areas, where the forestry law prohibits changing the land use. 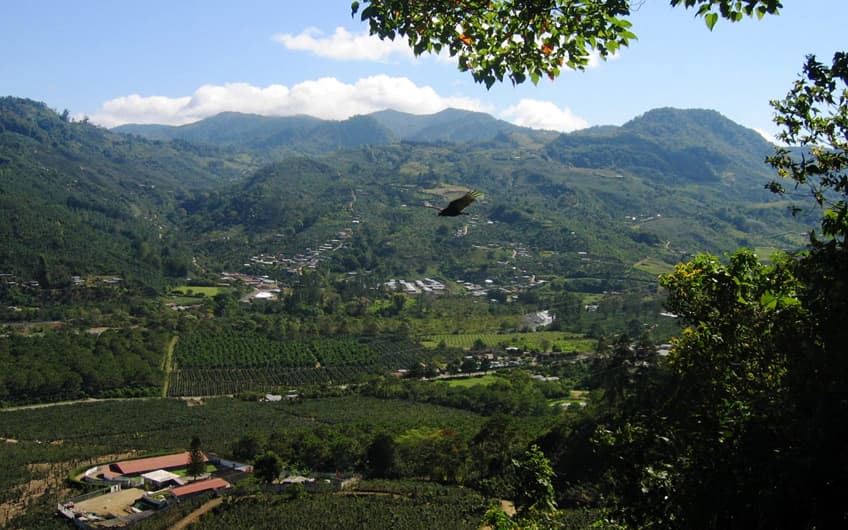 [Orosi Valley located in the province of Cartago]

How was that possible?

The Payment Program for Environmental Services was built on the basis of other policies in previous decades. In 1979 was stablished the system of deduction of the income tax, directed to natural or legal persons wishing to develop commercial forest plantations. And, in 1986, an amendment to the Forestry Law, another mechanism is created: the Certificate of Forestry Installment.

Those certificates were created due to the inability of some people or companies with forests on their properties to access the income deduction system. At that time, the CFIs could be negotiated used to pay taxes, national and municipal taxes or any other tax, as well as become effective on the National Stock Exchange.

The, in 1997 they were created the PSAs, the mechanism indicated as the one that made the country much good. Between 1996 and 2015, investments in PSA projects related to forests in Costa Rica amounted to $ 318 million. A considerable amount of money destined to protect the forests and the natural resources.

This program pays for the following four environmental services given by the forests:

The effectiveness of the program was to improve over time. The PSA prevented two of every 1,000 hectares protected under this system were deforested annually, which equals ten hectares in 1000. As the program took hold, the rate grew.

The next five years, the rate doubled from 2000 to 2005, 20 hectares in 1000 (four per year) were preserved. A more significant number in terms of quantity and representation of the protected forests.

For example, nowadays, mature forests occupy 31% of the territory and 18% in secondary forests. And during 2002, scientists concluded that the program increased the forest cover between 11% and 17% of the average forest area. 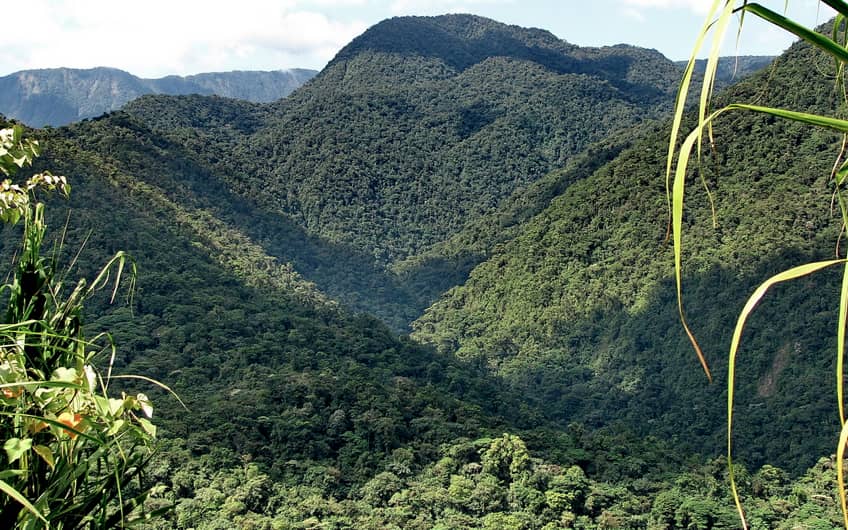 [Braulio Carrillo National Park located in the province of Heredia]

While other countries in the region deforested their forests to make way for agricultural production, Costa Rica managed to reduce the pressure of commodity crops for conservation and sustainable management of forests, without losing food security. A remarkable action to be taken into consideration.

This, in fact, has had an increase since the 1990s, due to increases in agricultural productivity and food imports from countries with lower production costs, according to a new FAO report. Which means that Costa Rica’s natural resources have been taken seriously and that the government understood the importance of keeping safe the forests and all the fauna and wildlife involved. 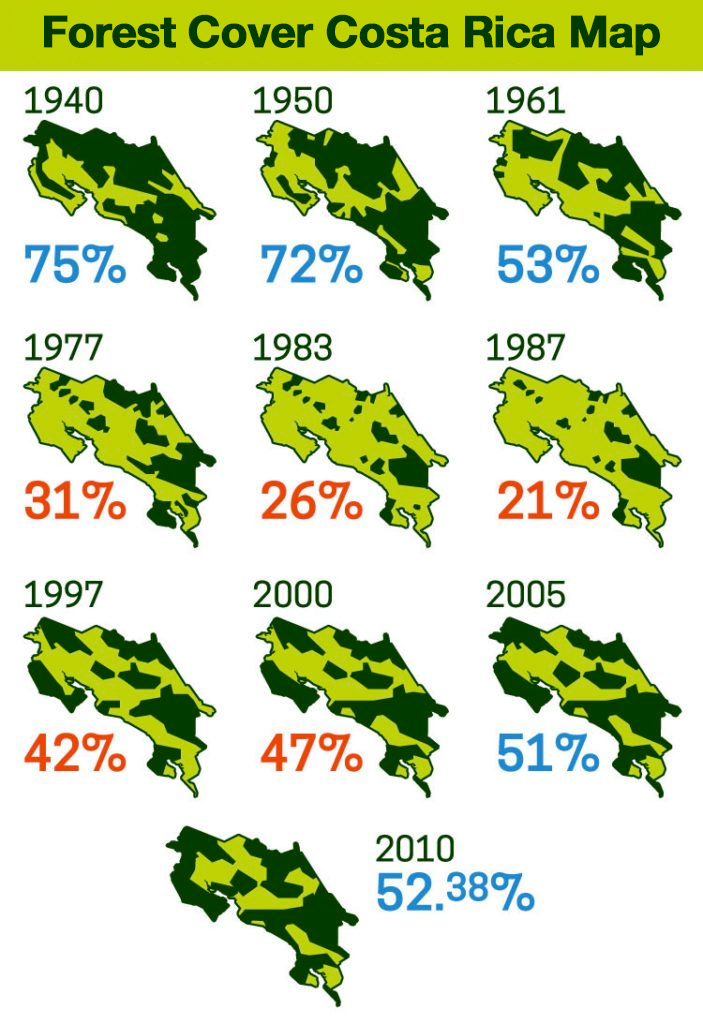 Concluding, the country protrudes from the other Latin American nations due to the seriousness with which addresses environmental issues.

That’s why Costa Rica’s ecotourism is a truly jewel in the region. Visitors from all over the world will be surprised and amazed when visiting the national parks or simply when travelling from one place to another inside the national territory.

The lush scenic beauty and the possibility to spot wildlife in their natural environment make Costa Rica a popular tourist destination among travelers.

So, if you are a nature lover traveler or if you are just looking for a relaxed escape among unforgettable beauty, then  some Costa Rica vacation are the perfect option to spend your next holidays. We can offer you affordable travel packages that will fit perfectly to your budget.

Come and see why Costa Rica is an amazing sustainable destination! You won’t be disappointed!