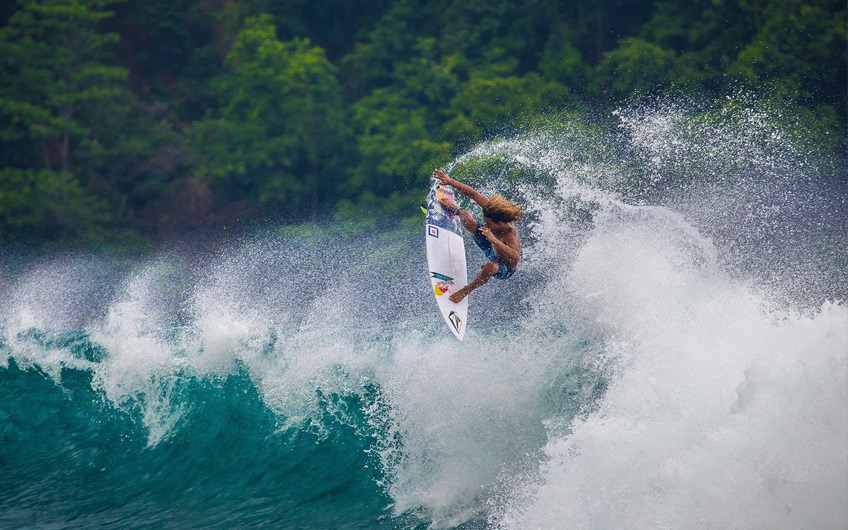 Surf in Costa Rica is growing up too fast. The eyes of surfing fans and events’ organizers around the world will be on Costa Rica from Oct. 5-9, when the country will host for the first time the OPEN PRO QS 3000. This tournament is part of the pro classification circuit of the World Surf League (WSL).

The World Surf League events are prestigious competitions that promote professional surfing in the best locations around the world. That’s why it is a truly honor to have been selected as the host country for the activity, among other possible locations.

This time, over 200 elite competitors from across the globe will compete in Playa Esterillos in the province of Puntarenas, Costa Rica, for a chance to move up in world rankings.

The worldwide recognition of the Costa Rican beaches as high quality places for surfing has been increasing since the experts’ eyes started to study and “taste” the potential of the local waves to provide a unique experience that can compete with other well-known world destinations for surf.

During this tournament, the participant surfers can win up to 3,000 points in both the women’s and men’s categories. In this kind of competition, the first place wins 3,000 points, the second place gets 2,250 points and so on until last place, which earns 75 points. Organizers expect 144 men and 64 women to compete.

The best exponents of the sport will come to the country and Costa Rica will also have the participation of great surfers such as Carlos “Cali” Muñoz, Lisbeth Vindas, Leilani McGonagle, and some other great surfers. In total, 9 “ticos” will be vying for the highest recognition, next to major global exponents.

The Brazilian Jean da Silva and Ezequiel Lau from United States are two of the great competitors that will be participating to win the more possible quantity of points, just to mention some of them.

Diego Naranjo, president of Orange Wave –the organizer enterprise- shared his impressions about how important this kind of events are for the country, and said that “it is an honor and a great recognition that Costa Rica is host for a tournament of this level”.

The Open Pro QS 3000 will give a prize of $130 000 to distribute among the competitors, in both, feminine and masculine categories.

Last week, the tournament received the Environmental Sustainability approval by the National Environmental Technical Secretariat, which guarantees that the event shall comply with the guidelines to ensure the good management of the natural resources.

Moreover, the enterprise in charge of the organization is working in conjunction with the National University to achieve the goal of being the first surfing event worldwide to be declared Carbon Neutral.

Are you a surf lover? Have you ever attended a surf tournament? Or, even better, have you ever attended or participated in a Surf contest in our country, Costa Rica? If so, please feel free to share with us your comments and impressions. They will be so much appreciated!