Costa Rica golf: a date of the PGA Tour Latin America will be held here 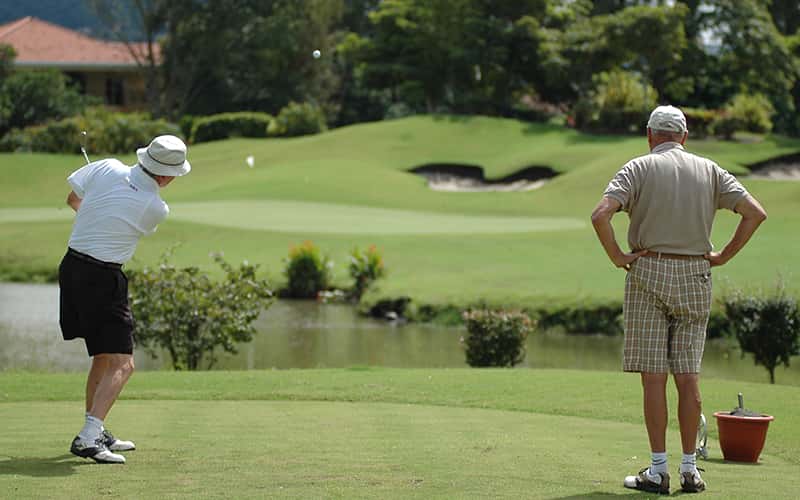 The Costa Rica beaches of the famous Guanacaste province will be involved in something more than relax, sun and waves this second week of the month, specifically from May 10th to 13th. The Reserva Conchal golf course will be hosting the second date in the country of the PGA Latin America tournament, in which more than 150 players of more than 20 countries all over the world will be part of this prestigious event… and we are very excited about it!

"We have everything ready, the first representatives come on May 1st, the rest arrive on Monday. Starting on Thursday they begin to set up the field. It has not rained this year yet, we hope that this year will develop more normally", said one of the organizers.

Last year, during the first edition here, the Guatemalan José Toledo was crowned champion, who got an 18 under par (-18), followed by the Australian Ryan Ruffles with a 16 low for (-16) and in third place the Argentinian Nelson Ledesma with 15 under par (-fifteen).

On that occasion, the best tico was Paul Chaplet, who finished in position 61 with a three over par (+3).

What is the PGA Latin America Tour?

The PGA Latin America Tour is the professional male golf circuit in Latin America. It comprises different competitions all around the continent in various dates and the champions will be crowned at the end of the event.

The last season of the Tour of the Americas was held between March and June 2012. The PGA Tour, the American professional circuit, bought the Latin American circuit to become the PGA Tour Latin America, which made its first season between September and December 2012. The winners of the tournaments continue to receive at least 6 points for the world ranking. Also, the first five of the Order of Merit get the card to play the Nationwide Tour the following year.

Costa Rica's golf courses will offer you a golfing experience you will never forget, it does not matter if you are a beginner or an expert golf player with lot of skills.

The country has established itself as a world-class golf destination with particular rewards, such as the natural beauty and impressive landscapes that usually surrounds its golf greens. Here, different famous golf course architects such as Arnold Palmer, Robert Trent Jones and George Fazio have incorporated Costa Rica's rich and diverse natural settings into remarkable layouts that even the most exigent players will surely enjoy.

There are Costa Rica golf courses located right next to tropical rainforests, while others have panoramic views of pristine beaches. In fact, it's not unusual for golfers to encounter spectacular birdlife and wildlife such as monkeys, sloths and iguanas while they are playing.

Besides, one of the best things of making a Costa Rica travel to play golf, is that golfer's families can choose from a lot of fun activities to do thanks to the amazing Costa Rica weather and a great variety of day tours that can be enjoyed while vacationing in the country.

In this specific case, the first-time visitors and players will discover that Reserva Conchal, and also the magnificent Westin Golf Resort and Spa, are a paradisiac mix of Pacific Ocean shots, mind-testing approach shots, and picture-perfect greens, and corner-bending doglegs. For those competing here, it is also a great chance to interact with wildlife that life within this Robert Trent Jones Jr. layout.

Look forward for more information about Costa Rica golf and this PGA Latin America Tour, and contact us if you want to know more about our golf Costa Rica vacation packages. We will love to hear from you!