UN names Costa Rica as "Champion of the Earth", its highest environmental award.

It is the first time that this award is given to a country and is due to the efforts made by Costa Ricans in order to protect nature and fight against climate change.The prize will be awarded to President Carlos Alvarado during an official ceremony on September 26th.

The United Nations Organization (UN) awarded Costa Rica with the award “Champions of the Earth 2019” for the efforts made by the country in nature protection and the fight against climate change.
This is the highest distinction in environmental matters offered by this organization and for the first time it is delivered to a country, that is, to all Costa Ricans.

As confirmed by María Amparo Lasso, regional head of communication for Latin America and the Caribbean of the UN Environment.

Since its launch in 2005, recognition has been granted to 88 laureates: 21 world leaders, 56 individuals and 11 groups or organizations, "who take bold measures in favor of our planet," according to the award website.

“Champions of the Earth” includes four categories: political leadership (distinction received by Costa Rica), inspiration and action, entrepreneurial vision, and science and innovation.
The UN made the announcement through a press release, in which it described Costa Rica as "world leader in sustainability." According to the UN, "Costa Rica's success in placing environmental concerns at the center of its political and economic strategies is evidence that sustainability is attainable and economically viable."

The winners will receive their respective awards during a gala ceremony to be held in New York City on September 26, within the framework of the 74th session of the UN General Assembly.
President Carlos Alvarado will receive recognition on behalf of the country. In addition, during the event the laureates of the contest "Young Champions of the Earth" will also be announced.

Among the actions undertaken by Costa Rica and which were highlighted by the international organization is the National Decarbonization Plan, which the Carlos Alvarado administration presented on February 24 of this year.

The document proposes a series of measures for the next 30 years that are expected to reduce net carbon emissions to zero and comply with the Paris Agreement.

As mentioned by President Alvarado, “this award is given to the Costa Rican people and is given for Costa Rica's historical trajectory in the matter, for many decades that we have been consistent with the issue and also for the leadership that assumed the country with the decarbonization plan”.

The president also stressed that this is a message that arrives at a precise moment to tell Costa Rica that we can, that we are recognized as the best in the world and that this should serve the Costa Rican people to reinforce the confidence that they can continue go ahead, and that the environmental sustainability route is the right route.

The electrification of public transport, the transformation of the agricultural sector, the modernization of the Costa Rican Petroleum Refinery (RECOPE) and the promotion of a green fiscal reform are the main lines of action that contemplate the route to the decarbonization of Costa Rica.

Another aspect of the Costa Rican history that was highlighted by the international organization is “Costa Rica's innovative role in promoting clean technologies and sustainability,” considering that the country produces only 0.4% of global emissions.

The fact that 98% of Costa Rica's energy is produced from renewable sources and that forest cover reaches more than 53% of the territory are other elements that were highlighted by the UN.
On the steps that the country still has to take to reach its projected goals by 2050, the president said that it must continue in a determined way protecting biodiversity and promoting a productive model based on sustainable solutions.

"We cannot consider a productive growth model that turns its back on sustainability," said Mr. Alvarado. 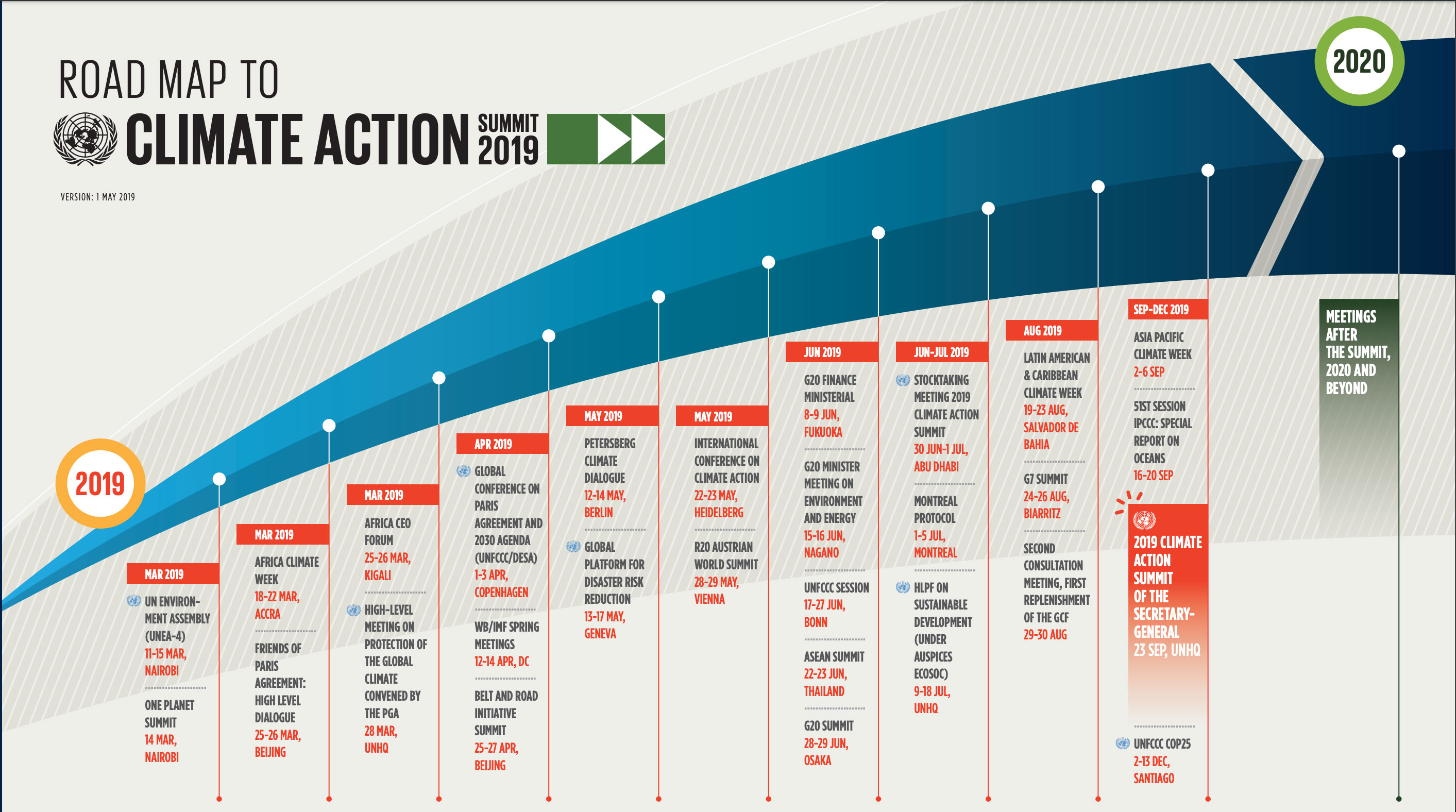 The UN also highlighted the "ambition" behind the actions that the country has undertaken to direct its economy to a process of decarbonization.

“Costa Rica has been a pioneer in the protection of peace and nature and is an example for the region and for the world. Climate change demands urgent and transformative action from all of us and, with its ambitious plans to decarbonize the economy, Costa Rica lives up to that challenge.”

Inger Andersen, Executive Director of the United Nations Environment Program said that “global emissions are reaching record levels and we must act now to move towards cleaner and more resilient economies. It is exciting to see the country take such decisive measures in this direction.”

The need for global action to take stronger actions against climate change will be a central point during the Climate Action Summit that was convened by the UN Secretary General, António Guterres and will take place on September 23 in New York.

Guterres called for world leaders, businesses and civil society to attend the summit with concrete ideas to reduce emissions by 45% over the next decade and achieve carbon neutrality by 2050.

For our part, Travel Excellence actively contributes to the reduction of emissions, sustainability policies and the insistence on offering travel experiences and vacation packages in which travelers are made aware of sustainable issues and that are of low environmental impact.