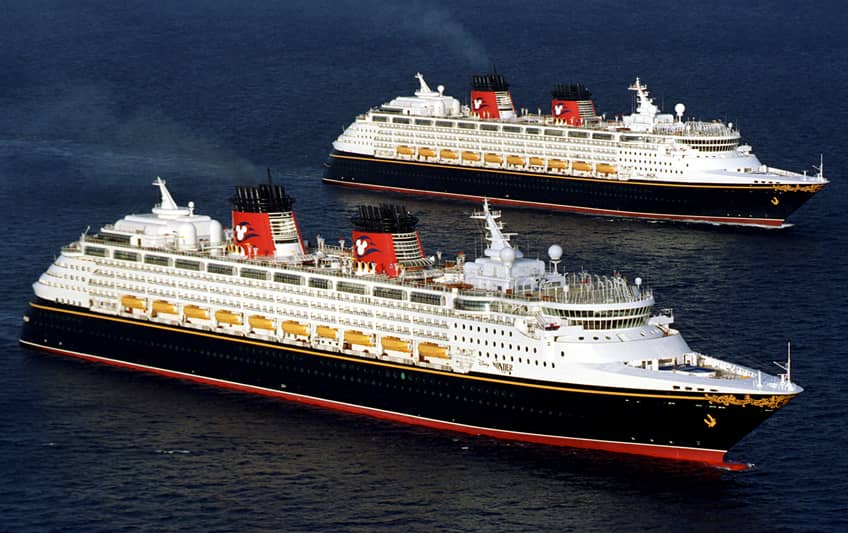 For the first time, Costa Rica will become the venue of the most important cruise conference in the region. This is the Central America Cruise Summit, which will take place at the National Congress and Convention Center in 2019.

This important event has been taken advantage of by the Florida Caribbean Cruise Association (FCCA), the most important cruise organization in the world, which promoted Costa Rica as the venue for this global event in the framework of the Seatrade fair that took place in March 6 to 8 in Fort Lauderdale, United States.

The FCCA consists in a non-profit trade organization composed of 18 Member Lines operating approximately 200 vessels in the waters of the Caribbean, Latin America and Florida. This association was created in 1972 in order to provide a forum for discussion on cruises and its operations, ports, tour operations, tourism development, security and safety, and other issues concerning the cruise industry.

The main objective of the FCCA is to build cooperative relationships with its partner destinations and develop productive partnerships within every sector involved. This association works directly with different sectors, ports, governments and the public and private sectors to maximize the cruise interactions and the employment opportunities, as well as the passengers’ experience in the cruises.

"For the ICT it was a priority to strengthen cruise tourism and that is why we have worked hard to consolidate the country in this important industry. We have attended the last three editions of Seatrade, the main cruise event in the world and at these fairs, our role has been protagonist, achieving an approach with the Florida Caribbean Cruise Association (FCCA), the most important cruise organization in the world and Specifying meetings with representatives of the most consolidated and influential cruise lines in the world.

This shift in our work vision undoubtedly influenced our country to be considered the headquarters of this important global meeting, which is being widely promoted during this edition of Seatrade, "explained Ventura.

Central America Cruise Summit is held every two years and is the first time it will take place in Costa Rica. This event brings together more than 200 people including representatives of tour operators, shipping agents, tourism ministries, service providers and the executives of the 19 cruise lines affiliated with the FCCA, which operate more than 100 ships in Florida, the Caribbean and Latin America. In addition, the activity promotes seminars to train the tourism industry.

According to Ventura, the objective is to activate this industry and position the country in the world as an ideal destination for cruise tourism.

Now, how much has increased the cruise tourism in Costa Rica?

In two years, Costa Rica reported the arrival of 100 additional cruises to the country, which represents a growth close to the 70%. The country counted 100 additional cruises in Costa Rica, thanks to a strategy for the reinforcement of this industry that was implemented two years ago, which represents a considerable amount of arrivals and touristic growth.

Here you have a chart to observe the advances in terms of passengers and cruises that go to Costa Rica since 2014 to the last year:

According to Mauricio Ventura, Minister of Tourism, this growth is due to the strategy developed by the ICT to revive the cruise industry.

"During this administration we set ourselves the goal of recovering this industry that clearly brings benefits to the most depressed coastal areas of the country and thanks to the strategy we develop, today the country counts 100 cruises more than it received two years ago," explained Ventura.

He also explained that one of the key actions to ensure the success in the growth of this industry, is the active participation in the Seatrade Cruise Global fair, considered the only event in the world that brings together all the actors related to this industry, from lines of cruise ships, suppliers, travel agencies, wholesale partners, among others.

The ICT has taken advantage of this global event, from recovering the relationship with the Florida Caribbean Cruise Association (FCCA), in order to build a commercial approach and consolidate Costa Rica in this important industry.

In addition, the ICT went further and incorporated in the negotiations and presentations of the destination to the Costa Rican Institute of Ports of the Pacific (INCOP) and to the Board of Port Administration and Economic Development of the Atlantic Coast (JAPDEVA), institutions that administer the docks of Puntarenas and the Hernán Garrón Salazar Terminal located in the Caribbean province of Limon, as well as the Costa Rican private tourism sector, so that a country effort could be established to boost this industry and position Costa Rica as an ideal destination for cruise tourism.

Seatrade Cruise Global is the only event worldwide that brings together all the players in the cruise industry, around 900 exhibitors and more than 11 thousand attendees from 125 countries.

And, continuing with this cruise increase in the country, we also received the news of the Disney Cruise to Costa Rica returning this year; specifically, on April 15th in Puntarenas. This return is due to the fact that the Minister of Tourism established a meeting with top executives of Disney, who confirmed their decision to return within the framework of Seatrade, the most important and recognized cruise fair in the world, as mentioned before.

The cruise company Disney confirmed the decision to return to operate in the country, after the meeting held at the Seatrade fair in Fort Lauderdale, United States.

Mauricio Ventura, Minister of Tourism, said that the return of this prestigious cruise company is the result of work that has been done to revive the cruise industry in Costa Rica.

"Without doubt we are very honored that the Disney cruise line announced its agreement to operate again in the country, because this decision is the result of hard work we have done in the ICT and in the company of the private tourism sector, to position ourselves in This industry and consolidate the country as an attractive destination for cruise passengers, "said Ventura.

For his part, Arnaldo Zanonato, Manager of Disney Cruise Line, said: "Costa Rica has a very special brand. When we talk about the country, passengers think about nature and many things that are already positioned in their minds, so it is easy to convince them to take the cruise and travel to Costa Rica. "

The Disney Cruises fleet consists of the twin ships Disney Magic and Disney Wonder -constructed in 1999-, and that pay tribute to the great era of the ocean liners of yesteryear that crossed the Atlantic Ocean and communicated America and Europe.

They are luxurious boats with characteristics of Theme Park inside. They are ten-decked ships and 875 cabins designed for families. They have capacity for 2500 passengers.The news materialized within the framework of Seatrade Cruise Global, the only event worldwide that brings together all the players in the cruise industry, around 900 exhibitors and more than 11 thousand attendees from 125 countries.

Features of the Disney Wonder Cruise :

This reinforcement constitutes a great opportunity to Costa Rica to strengthen their global positioning in touristic recognition, as well as the strengthening of the coast zones and their people and economies, when receiving all the visitors descending from the cruises.

Have you ever considered to take your next holidays in Costa Rica? Now you can visit us by taking a cruise and discovering not only this wonderful place, but also some other impressive destinations. Please, leave us a comment if you liked the article or contact us if you want more info or help.